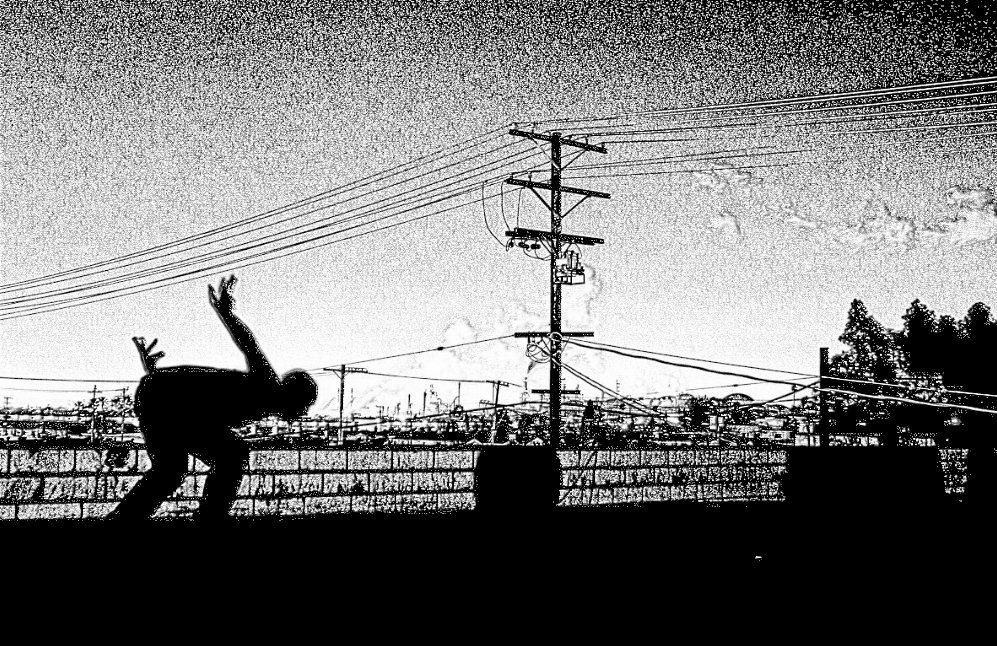 Dust still hangs in the air from the morning’s hunt for all sorts of small things that roll under other things. Some of them remain hidden, or lost. My eyes still busy, I find myself reading the faces of people as they drive past, their driving masks. The police pass back and forth, looking for something. If you ever need to camouflage yourself, sit at a bus stop

There are homeless people across from me, stoners, bicycles, backpacks, sleeping bags, a blind man with a cane. Good morning Los Angeles. Across the glittering tar the beautiful suburban bullshit, a crime of the senses. My eyes retract. Not seeing, the heart slows, the breath is shallow like a state of… of course! I’ve returned to the meditative state. The monotony of the environment invades, triggers, reinforces the resonance I’ve allowed to build, to work its own way through all of my affairs, to dominate me to the point that I sing its melody softly to myself like a madman. The sky erupts in faultless blue like a sheet of steel. I see through it as if falling to my doom. We’re ejected like refuse to a closed station. No reason to raise the voice, we have a champion of sign reading and plenty of old, foreign women to give every voicing and tone of frustration one could devise. I find a column of shade and fall into a peaceful well of observing the wild grasses. With the shuttle comes more confusion and another homeless friend with numerous bags of recycling. He’s well mannered. I’m glad to talk to him about where we’re going. A man carrying half his weight in garbage needs to know. I enjoy the people around me more than usual because we’re forced out of our travel faces into humans striving to understand where we’re going, and what exactly does a string of closed stations mean? I enjoy all of the colorful emotions streaming out of everyone. The sun flares ahead. We’re driving straight into it — our strange craft of confused passengers — the glare from passing cars piercing like lasers. The driver must be some sort of space traveler. He does look to be a specialist, with the irradium glasses and shoulder patch. He’s both charming and benign, as you’d expect. Across a field of dazzling sunlight we finally land and funnel down through cement stairs to an alley between freeways, a train that runs backwards. My old ladies appear again, and the homeless man with his bags. The land is calm. The cement rests. Slow, slow. The train glides past Crenshaw, Vermont, Avalon, past a hill with only one tree. Over the brickwork a horizon of smog haze and wilted palms, with jumbo jets falling slowly toward LAX. The blue line at Rosa Parks, now rebadged Willowbrook, you can still see the old name under the paint — finally the day rolls toward downtown. Watts is more interesting than the South Bay, more people out, more graffiti. A soft woman on the platform paces excitedly. Every man enjoys her posture, her silhouette, which isn’t the least sexually provocative but the opposite, completely unaware of the body, carefree, natural. Down through Vernon the train cars blot out the sky. The houses give way to industrial lots, warehouses old and crumbling, tagged, shat on, with broken windows and broken glass in general. The glass shards flicker and resonate along with me and the wafting plumes from homeless waste. This is the hardcore scene, apart from skid row. Razor wire is the rule. The train is relentless, plowing through these scenes with apparent ease. We cross Washington and the noise fades. We’ve made it through the quarantine, and no diseases! The flies cling to the glass, stupefied as to the whole thing sliding by, and probably enjoying the prismatic qualities of their crazy eyes. They study me for a long moment, but I eventually move and they fall into a circular draft of their own. The train howls underneath the streets, the black glass a welcome relief. The passageway is crowded through to the purple line. I’m with a Korean grandma enjoying a number of Korean teenagers sharing things on their smartphones, or just sitting politely and being Korean. I wish we were travelling much farther, to stay with them, to absorb their beautiful culture, their friendly way with each other. It is a fine, sweet resonance here. It is an absurd ejection to an overcrowded bus with hardly room to stand, with altogether different brainwaves of fear and compactness, thievery and other, more bizarre crimes: bad tattoos, singing bums with hardhats, full body sweats, cries of distress. From this jangled hell of waiting, a quiet walk through the tidy lawns and flowering trees of Wilshire, not far.

There’s a lot of young men palpitating, scratching their horns, pressing against innumerable obstacles. The street is dead silent. The battle continues. We toss and turn in the heat, the baseless craving of youth blasting across in magnetic loops, their tendrils writhing, pleading, shifting from one to the next. Everyone is completely still. It isn’t until the afternoon that I fall through the surface, my plutonium core charged enough to devour and transform all standing waves. The peaceful emanations flow in perfect resonance, in no direction, but not stasis. I again become the thing that defies description, the singular event as mysterious as the birth of a star, the sintering, blinding heat of union. 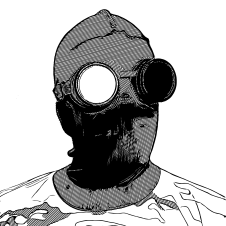